Chipper CI has always been a bit ... private. We created Chipper CI with a focus on building and deploying application. This means we didn't include a way to make your open source builds public.

We've never been satisfied with that! Laravel has a extremely strong open source community, and we need to support it.

As a first step (more to come!), we've deployed the ability to make your projects public. 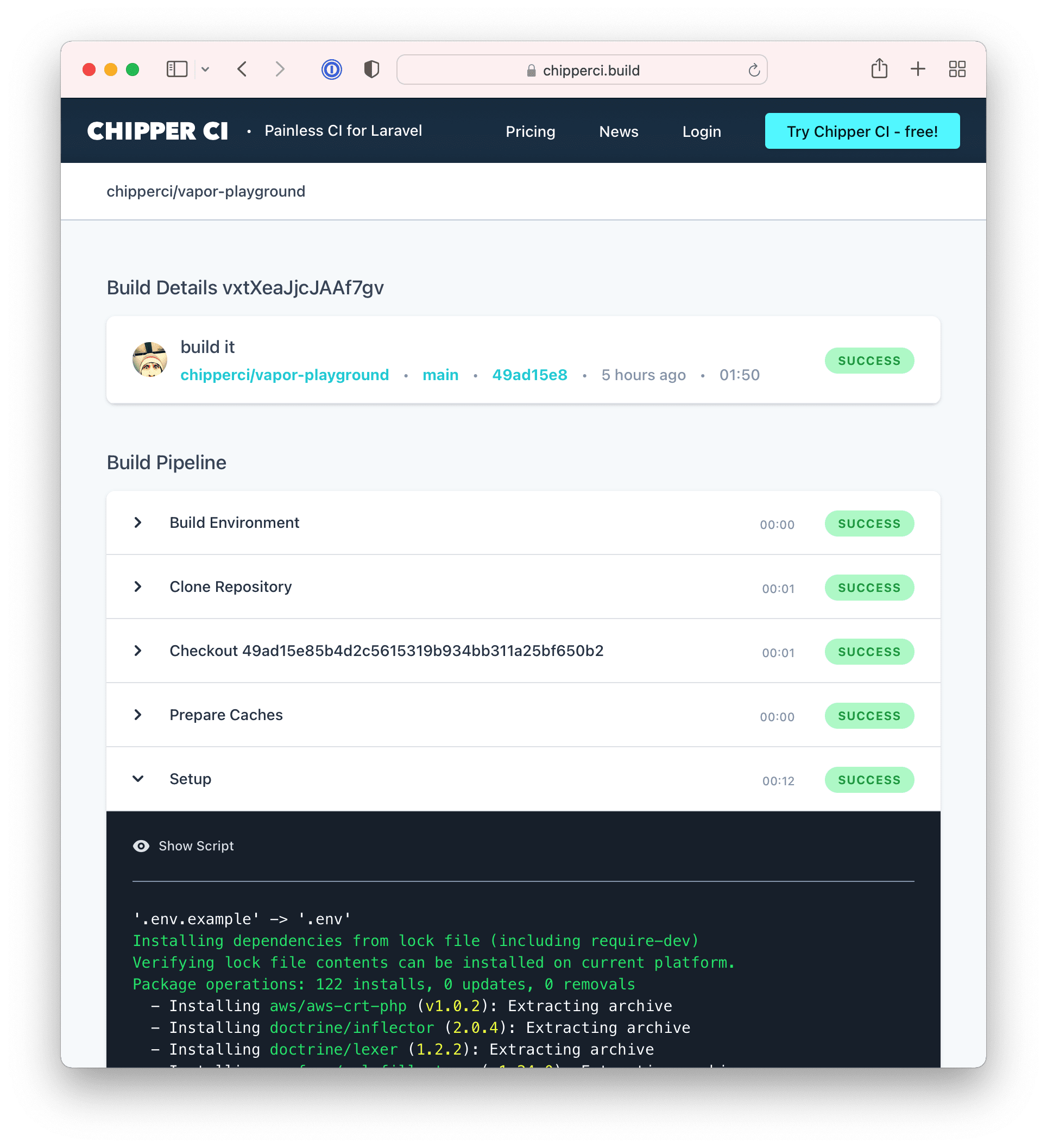 What is a public build?

A public build is one whose build output (and commands) appear at https://chipperci.build/xyz (where xyz is a build identifier).

When a project is public, the status within your Git repositories will link to the chipperci.build domain instead of the app.chipperci.com domain. 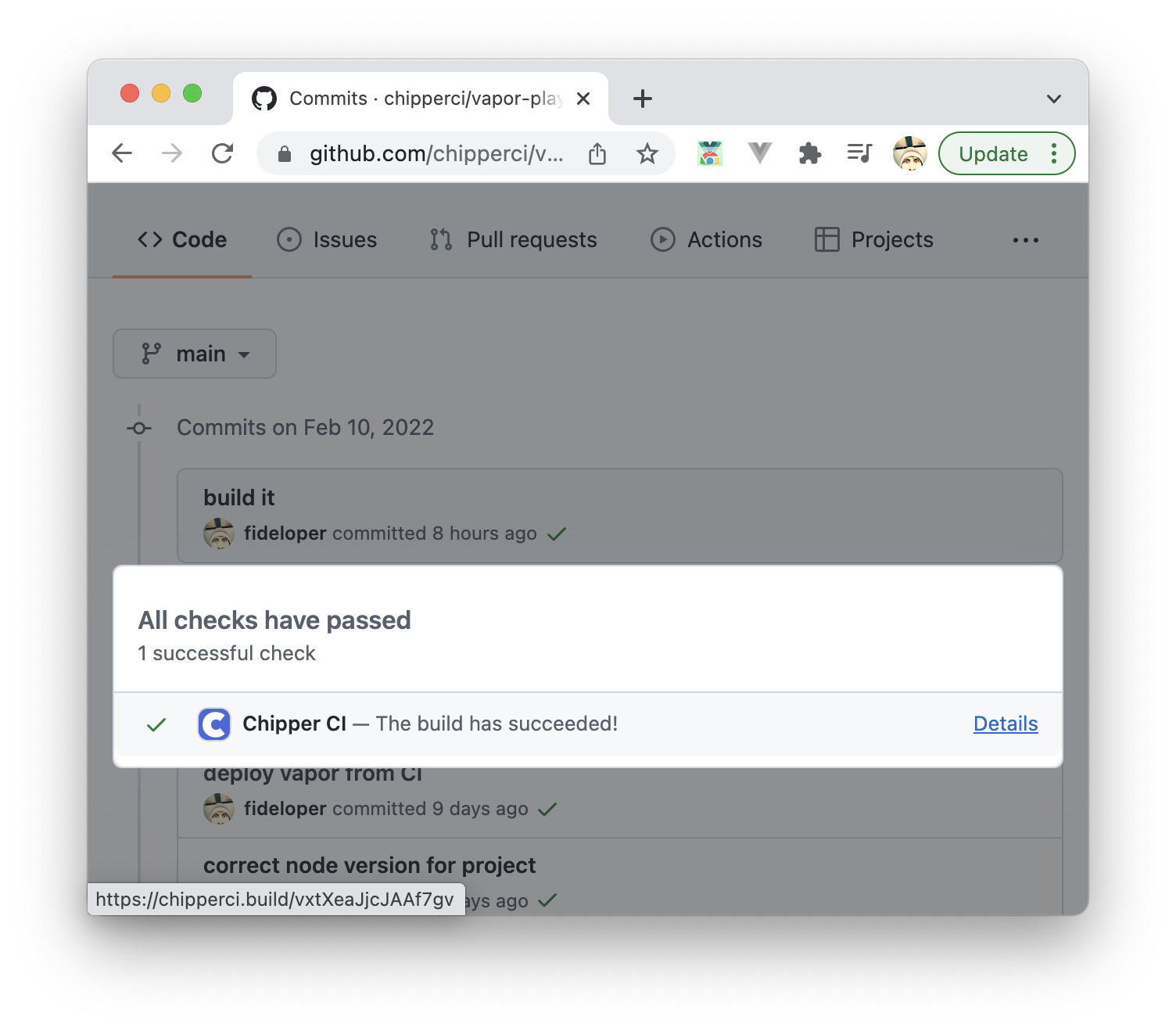 If your project remains private (the default), it will never appear publicly on the chipperci.build domain.

Any project can be public. You don't need a public git repository to enable public builds (however, using this with public repos is what we have in mind).

To configure a public project, head to your Project Settings page. You'll find the option there, just below the Build Badge images.

Public builds show both your build output AND the commands run. Be sure not to leak any secrets, such as API keys, with the build output!

We'll attempt to help you there in future revisions.

We hope to support open source more directly in the near future as well by creating a process to let you apply for the removal of build limits for open source projects (on free accounts - paid accounts already have no limits).

P.P.S We moved the Build Environment settings (where you can set your PHP/Node.js versions) to the Environment section in Project Settings. But you should consider using a .chipperci.yml file anyway. Docs here.