One of the more annoying issues of developing on a full stack framework are NodeJS build errors. I just want my static assets! It's not even something important that's broken!

A common issue I've seen when building a project in a CI environment is related to using Node-Sass.

Node-Sass seems to use Node-gyp to compile … something … and fails!

It turns out that Node-gyp is a package used for compiling stuff for NodeJS add-ons. Node-Sass happens to use it to compile native binaries that the project needs to build CSS.

The version of Node-Sass used is only compatible with certain versions of Node. 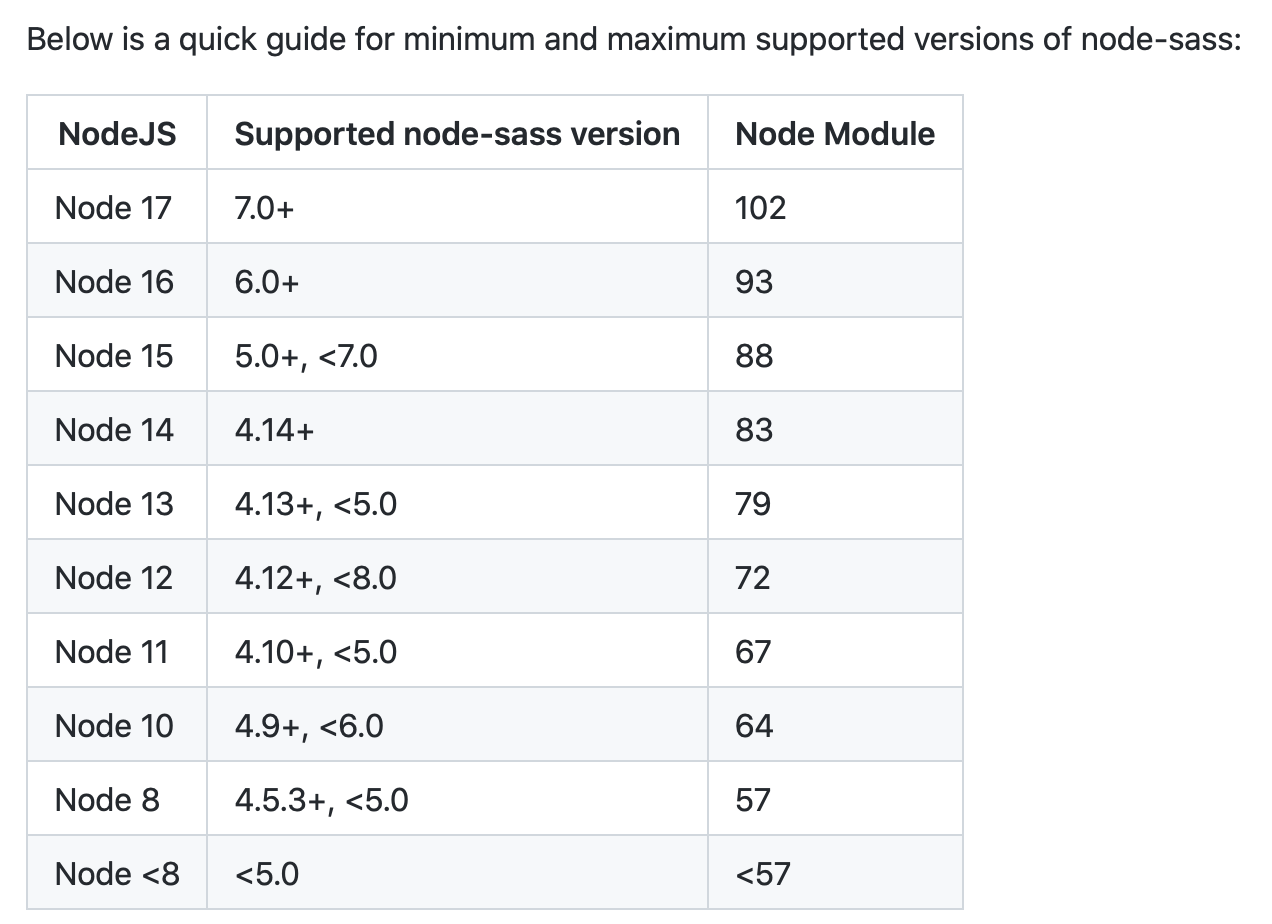 So, if you see Gyp build errors related to the node-sass package, you need to ensure your version of Node matches the version of Node-Sass being installed.

Within a CI environment, the fix is usually to make sure you are using the correct NodeJS version (rather than changing the version of Node-Sass).

In Chipper CI, this means setting the Node version in the environment section of the .chipperci.yml file (Yaml docs here):

Make sure those are lined up, and you should be all set!